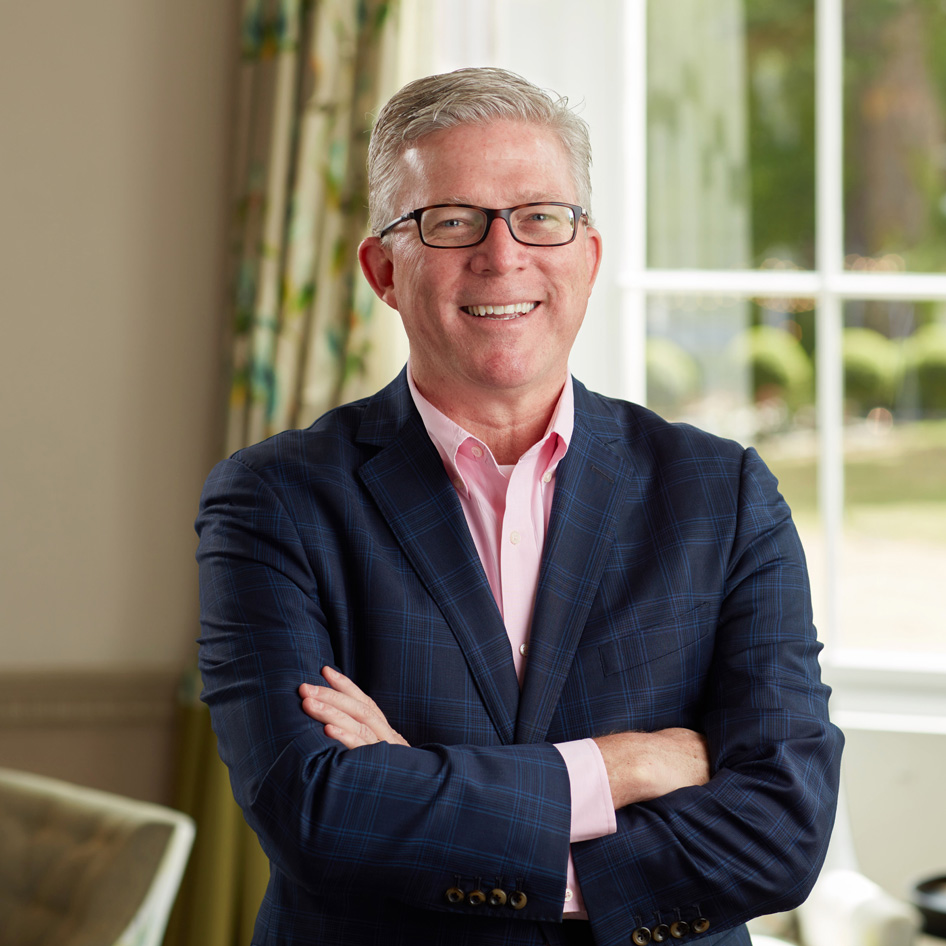 Jeff Chamberlain is CEO of Volta Energy Technologies, a company that identifies and invests in battery and energy storage technology after performing deep diligence with the support of unparalleled global research institutions. In service both to its strategic corporate investors and to entrepreneurs, Volta identifies and invests in the most promising energy-storage innovations. Chamberlain holds a PhD in physical chemistry from the Georgia Institute of Technology and a BS in Chemistry from Wake Forest University. More... 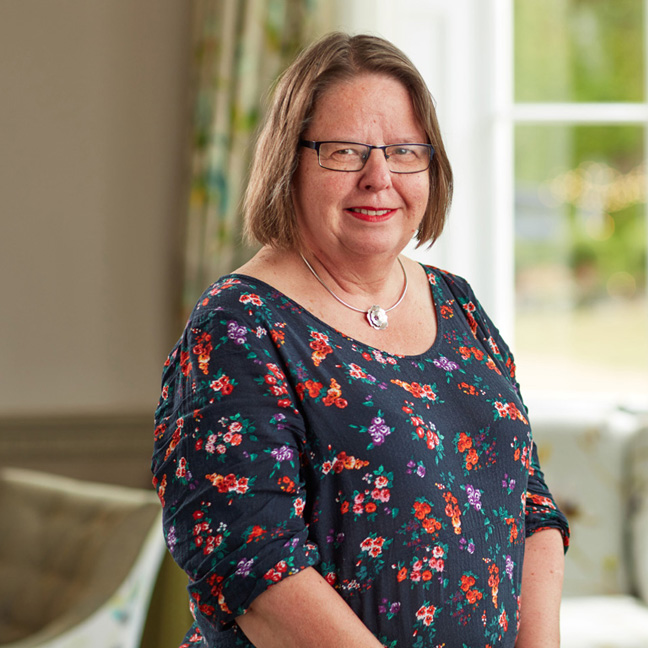 Professor Edström leads the Ångström Advanced Battery Centre (ÅABC) and she is a professor of Inorganic Chemistry at Uppsala University, Sweden. The main research interests are lithium-ion batteries for all applications including electric vehicles, 3D microbatteries but beyond lithium batteries (sodium-ion, organic batteries, lithium-sulfur, lithium/sodium-oxygen batteries and solid state batteries). She also develops photon science and neutron scattering in operando methods for studying dynamic processes in materials and batteries, in addition to having a great interest in teaching and guiding young researchers. She is a member of the Royal Academy of Engineering Sciences. More... 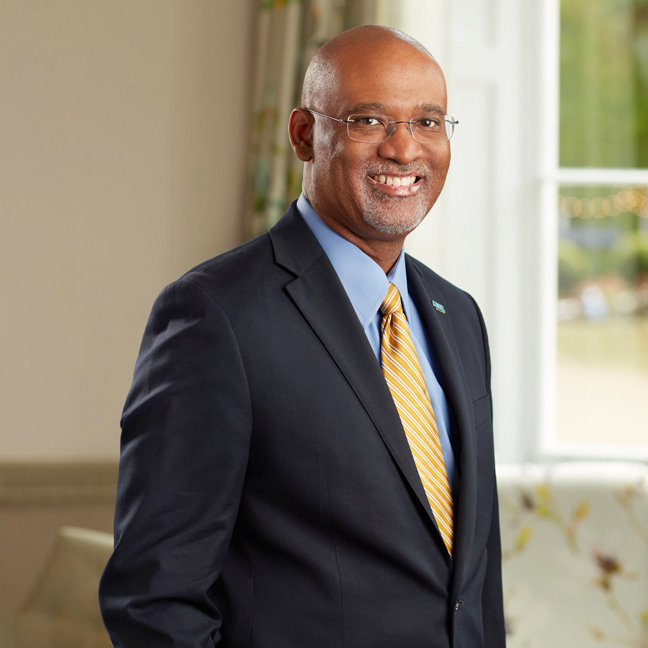 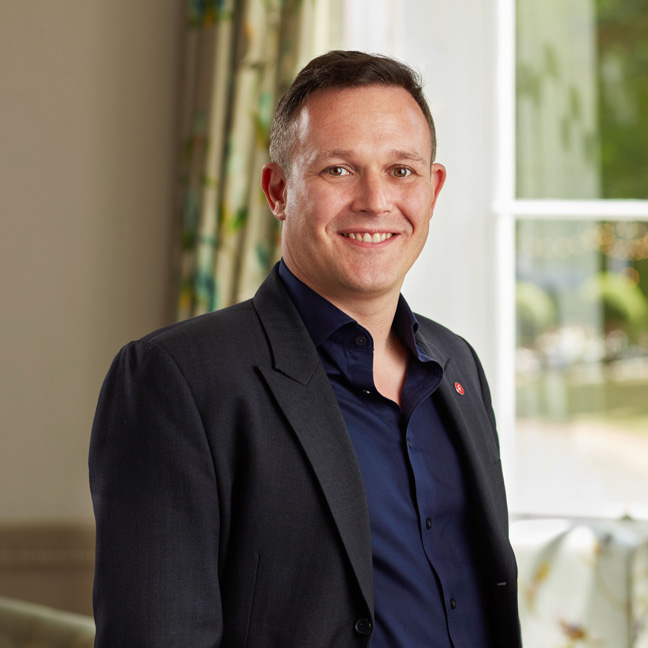 Stephen Heidari-Robinson is co-founder and managing director of Quartz Associates. He served as former UK Prime Minister David Cameron’s energy and environment adviser and was one of the architects of the UK’s generation strategy and decarbonisation plan. Heidari-Robinson spent nine years as a leader in McKinsey and Company’s energy practice and was a vice president of Schlumberger. Heidari-Robinson read history at the University of Oxford, holds an MA in architectural history from the Courtauld Institute, London University, and studied Farsi at the School of Oriental and African Studies. More... 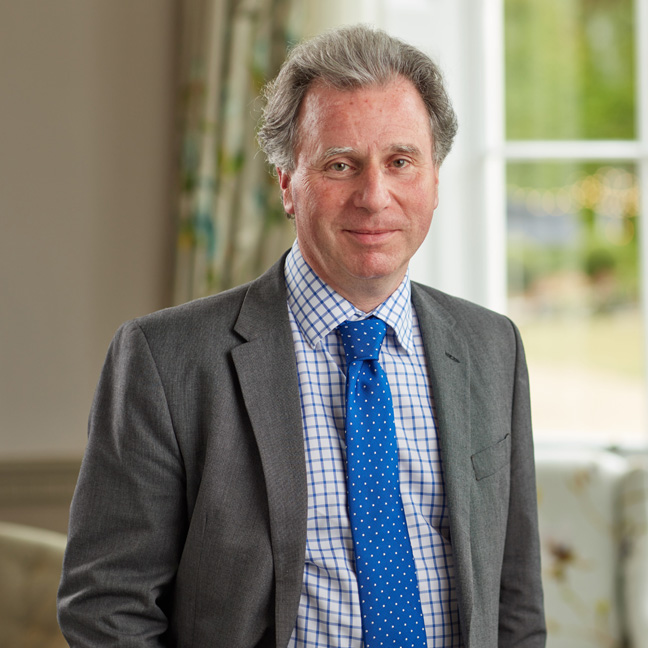 Sir Oliver served as the Member of Parliament for West Dorset from 1997 to 2019. From 2010, he was the Minister for Government Policy in David Cameron’s coalition government and coordinated the push to make the UK a world leader in electric vehicles. He continued to serve as Chancellor of the Duchy of Lancaster, Cabinet Minister in overall charge of the Cabinet Office until July 2016. He was educated at the University of Cambridge, Princeton University, and London Business School. In a varied career, Sir Oliver has been a research fellow at Cambridge University, a civil servant, and a bank director. He lives in West Dorset and London. More... 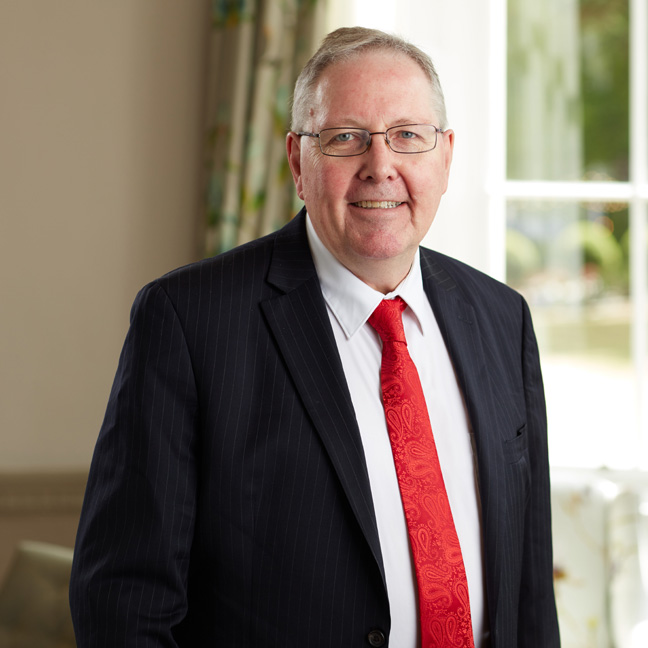 Peter B. Littlewood is Professor of Physics at the University of Chicago. He served as the 13th Director of the US Department of Energy’s Argonne National Laboratory, after having served as the associate laboratory director of its Physical Sciences and Engineering directorate. He spent the previous 14 years at the University of Cambridge, where he last served as the head of the Cavendish Laboratory and the Department of Physics. Littlewood is internationally recognized for his research in a number of areas, including superconductivity, semiconductor optics, and magnetic materials. Littlewood holds a bachelor’s degree in natural sciences (physics) and a doctorate in physics, both from the University of Cambridge. More... 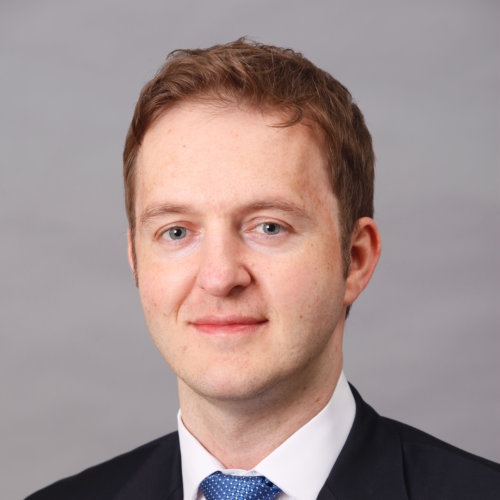 Mark Newman is Chief Commercial Officer and Head of Strategy for pioneering battery company Nyobolt, the original founders of ultra-fast charging niobium-based battery technology.
Mark previously spent 11 years as Managing Director and Senior Analyst covering Technology at Bernstein, where he was lead author of numerous Bernstein Blackbooks including “The Battery Bible”, “Electric Revolution” (2017, 2018, 2019 and 2020 editions), and “The New Memory Paradigm”. Mark’s research at Bernstein focused on batteries, electric vehicles and semiconductors.
Prior to Bernstein, Mark worked at Samsung in Korea for six years, during which time he held various strategy and business development roles, most recently as Director of Strategic Planning in Samsung’s Semiconductor Business. At Samsung, Mark was a key driver of several strategic initiatives, venture investments and acquisitions.
Before Samsung, Mark spent four years working in Field Operations at Applied Materials in California, where he supported the world’s leading semiconductor manufacturing companies in the United States, Europe and Asia. He also worked at Singapore Technologies in Singapore and Aker Kvaerner in New Jersey. Mark earned a Master’s in Chemical Engineering from University College London, and an MBA from Harvard Business School. 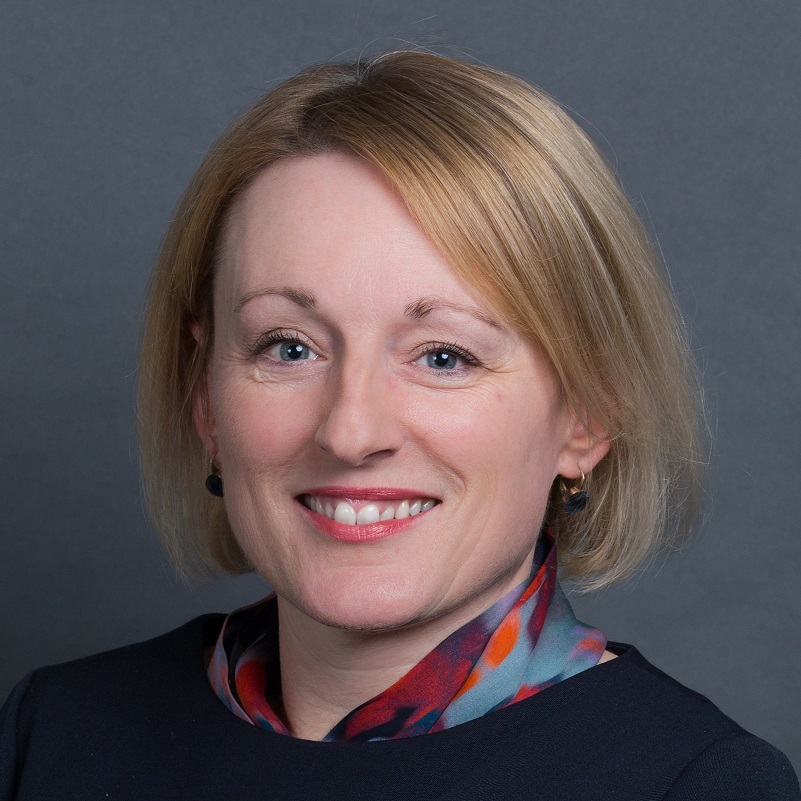 Cordi O’Hara is Chief Operating Officer, US Gas Business for National Grid, where she is accountable for the safe, reliable and affordable operation of National Grid’s gas distribution businesses across New York, Massachusetts and Rhode Island. Prior to joining the US business, she ran the UK System Operator for National Grid, where she oversaw the strategy, planning and operation of over 14,000 miles of gas and electricity networks. In her tenure in this role she integrated over 14 GW of renewable clean energy into the UK system. She has advocated for innovative solutions to a decarbonised energy market, including clean technology solutions and new demand response initiatives.

Cordi has more than 20 years’ experience in the energy industry, managing key relationships with government officials, regulators and customers. She has overseen transformation efforts to improve the customer experience across the National Grid businesses in the United States and the United Kingdom.

Prior to joining National Grid, Cordi worked for Centrica, the largest UK energy retailer, in a variety of commercial and operational roles.

Cordi was invited to become a fellow of the UK Energy Institute in 2016, acknowledging her significant experience in UK and European energy markets and networks. In 2019 she was awarded an OBE in the New Year’s Honours list for services to the UK energy industry. 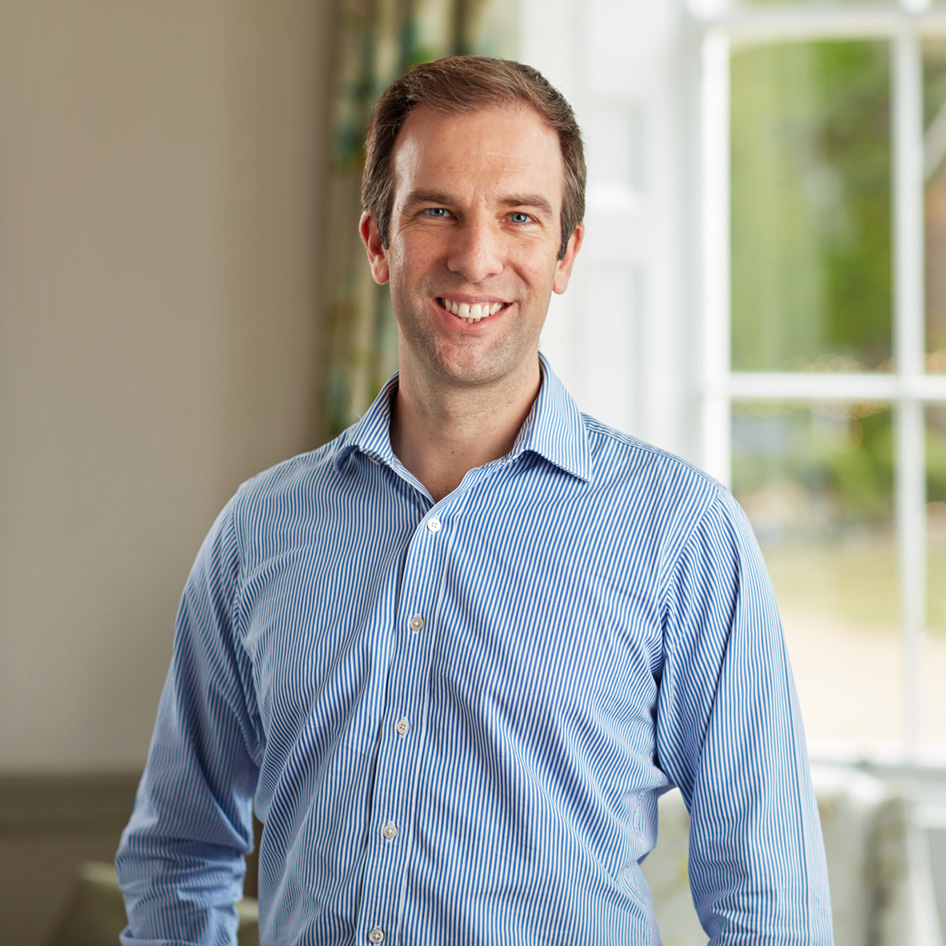 Jorge Pikunic is CEO of Xynteo, a management consultancy that empowers leaders to reinvent growth by transforming their businesses and wider systems.. He was formerly Managing Director of Centrica’s global Distributed Energy & Power business, established to deliver distributed energy solutions for large energy users as part of a more flexible energy landscape. Born in Venezuela, Pikunic is an engineer and holds a MSc and PhD in Chemical Engineering. He was a research fellow at the University of Oxford before joining McKinsey & Company, where he advised a number of institutions in energy and other sectors. More... 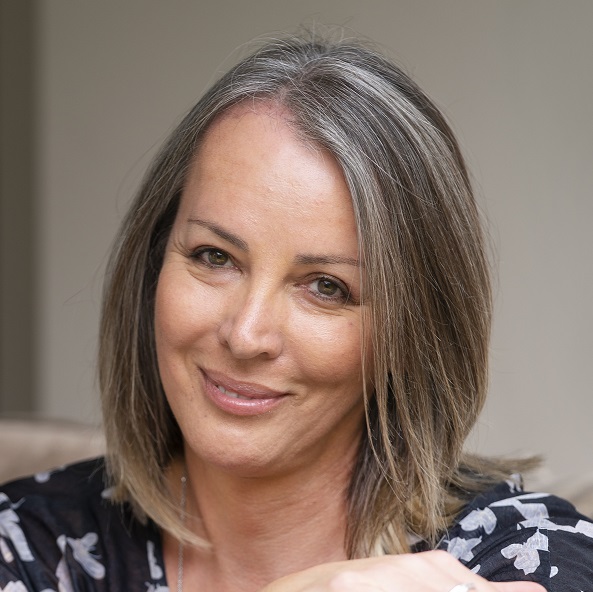 Isobel Sheldon OBE is Chief Strategy Officer, Britishvolt, responsible for overall business, manufacturing, technology and customer strategy.
Isobel joined Britishvolt from her role as Business Development Director at UK Battery Industrialisation Centre (UKBIC). She has 20 years of experience in battery design and development, technology and industry and is a globally renowned automotive battery specialist.
Isobel has worked with many of the world’s major automotive businesses and suppliers including Jaguar Land Rover, Lotus, Nissan, Toyota and Ricardo helping them advance their battery system solutions and has a number of world firsts to her name. 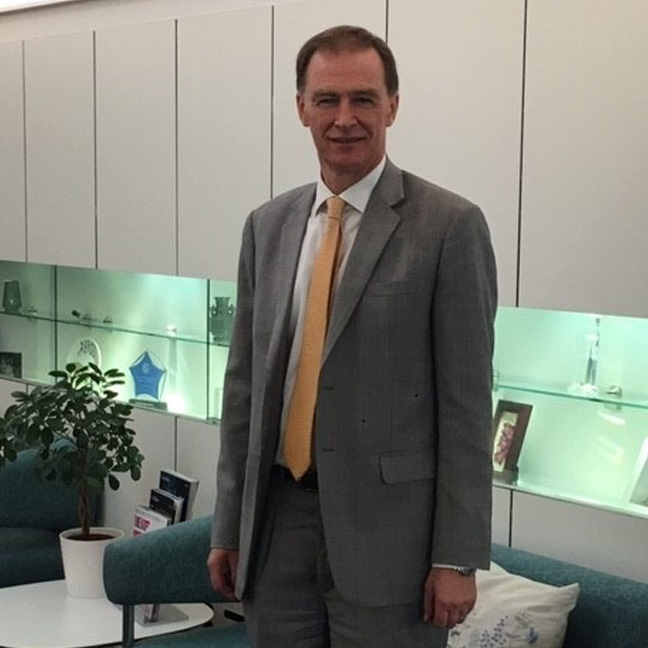 Professor Mark Spearing is the Vice-President, Research and Enterprise at the University of Southampton. Previously he was the Pro Vice-Chancellor (International) and Head of the School of Engineering Sciences, having been appointed as the Professor of Engineering Materials in 2004. He was a faculty member at the Massachusetts Institute of Technology from 1994-2004. His personal research focuses on structural and functional materials. He holds a BA and PhD in Engineering from the University of Cambridge. More... 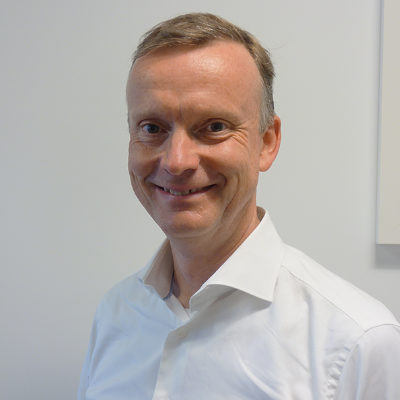 Maurits van Tol is Chief Technology Officer at Johnson Matthey, a global leader in science that enables a cleaner and healthier world.

Before joining Johnson Matthey, Maurits was Senior Vice President Innovation and Technology at Borealis. He was responsible for shaping the Circular Economy business for Borealis as well as being part of the company’s management board responsible for their plastics business. Maurits was a senior leader with Borealis between 2012 and 2019. Prior to that he spent 19 years with Royal DSM in a wide variety of R&D, innovation and business management roles.

Maurits has a PhD in Catalysis and an MSc in Physical Chemistry and Catalysis, both from Leiden University, The Netherlands. Parts of his studies were also performed at the University of East Anglia, and UC Berkeley. He shares the Faraday Institution’s passion for science, having achieved 18 patents and 30 publications, and he sits on a number of advisory boards for technology across the chemicals sector.

Maurits enjoys travelling, discovering different cultures and the great outdoors, and has a passion for running, art and cars.

This website uses cookies to improve your experience while you navigate through the website. Out of these, the cookies that are categorized as necessary are stored on your browser as they are essential for the working of basic functionalities of the website. We also use third-party cookies that help us analyze and understand how you use this website. These cookies will be stored in your browser only with your consent. You also have the option to opt-out of these cookies. But opting out of some of these cookies may affect your browsing experience.
Necessary Always Enabled

Any cookies that may not be particularly necessary for the website to function and is used specifically to collect user personal data via analytics, ads, other embedded contents are termed as non-necessary cookies. It is mandatory to procure user consent prior to running these cookies on your website.