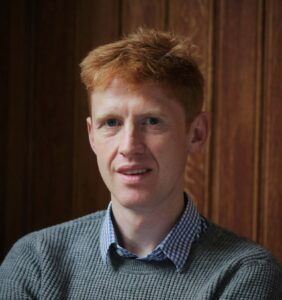 Tell us about your research

I research how temperature affects lithium-ion batteries and how it can be controlled to enhance their performance. To investigate the performance of a lithium-ion battery, researchers run battery model parameterisation experiments. We run procedures on the battery, observe its response, and extract parameters from that dataset. A major issue in these experiments is that temperature is poorly controlled, so the raw dataset isn’t produced at the intended temperature. This affects the performance traits observed. I co-founded About:Energy, which aims to commercialise improved battery modelling procedures and parameterisation.

Temperature gradients cause inhomogeneity in a battery’s operation. Parts of the battery charge and discharge faster than others, which shortens its lifespan and increases the risk of thermal runaway. With the industry sprint TOPBAT, I looked at how to improve the design of the thermal management system to reduce these inhomogeneities, which would lead to more uniform charging and discharging and increase the performance and lifespan of the battery.

How do you describe why your work is important to non-specialists?

Batteries will be the energy source in most transport applications within the next half-century, so it is critically important that we optimise them. Electric vehicle batteries degrade quickly, are large (which limits car range) and have charging issues. The sooner we enhance these batteries, the sooner we can move away from combustion engines. This will help reduce pollution in cities, which is a major health problem directly related to transport, as well as CO2 emissions.

How did you get into battery research?

I completed my PhD in fluid dynamics and heat transfer at the University of Bristol and then became a post-doctoral researcher at Queen Mary University of London in a similar field. In 2018, I applied for a heat-related battery research job advertised by Professor Gregory Offer of Imperial College London and was offered the position despite admitting to not knowing much about batteries. I was at Imperial for three and a half years and it was a great research area to fall into. I am so thankful to Greg Offer and Dr Yatish Patel for the opportunity.

What is a highlight of your career to date or the aspect that gives you greatest job satisfaction?

The highlights of my career were when I got my job at Imperial College and when I got my current job at the University of Bristol. Both times I left the interview thinking I had done the best I could, so it was a wonderful feeling to get the call back and realise I had been successful.

I get the greatest job satisfaction when an experiment I have set up starts to work the way I intended it to!

What accomplishment are you most proud of?

Being involved in a paper published by Nature Comments. Seeing it on the Nature website was incredible.

What opportunities has being part of the Faraday Institution opened up for you?

The Faraday Institution was instrumental in me getting my current job as lecturer at the University of Bristol. Along with Greg Offer, I applied for a Faraday Institution Industrial Fellowship in collaboration with Thermal Hazard Technology, which I intended to carry out at Imperial College. We got the Fellowship offer on a Monday, and then I heard from Bristol on Tuesday that I had an interview with them on Thursday! When I explained the situation to the Faraday Institution, their response was incredible. They were keen to involve other universities in the cohort and suggested I attend the interview for Bristol and explain that I had been awarded a Fellowship. They were willing to adapt to opportunities that arose, which is unlike what you’d expect from most funding bodies. At the start of the interview, I was asked if I had anything I needed to say beforehand, and I was able to mention that I had been awarded an Industrial Fellowship from the Faraday Institution! It set me up for starting research at Bristol right away.

What are the biggest challenges you have overcome in your career and how have you gone about doing so?

I was 27 when I joined Imperial College London and fell into a research group I knew nothing about. I thought I might not be smart enough to be there. It was challenging to dive into a new topic, especially as a researcher where you are usually expected to know all about your specialism. Greg Offer massively helped me to deal with that imposter syndrome. He allows people the freedom to explore ideas and I realised I was coming up with good ones! A positive to diving into new topics in my career is that I continue to be interested in my work, because it’s dynamic and I’m learning daily. But I have learned that I cannot be complacent, and I must accept that I will ask people stupid questions.

I have now started a battery research group within the Electrical Energy Management group at Bristol, which works on everything within a vehicle’s powertrain. This is a challenge because I know very little about machine drives, inverters or high voltage systems, whereas my new colleagues have not worked directly on battery performance research before. We are able to learn from each other’s disciplines.

What advice would you have liked to have given your younger self starting out on your career?

What are your career aspirations?

I want to remain at the industry end of academia, working with companies to solve existing issues. I would like to grow my research group so that I have enough people that I can research everything I want to, but few enough that I still get to spend time in the lab doing research myself.

What is the next step for you?

As a lecturer, I am developing a course on battery design optimisation for final-year undergraduate students, which I’m looking forward to starting to teach in March. I hope to allow students to develop their own solutions and have designed the module to work as a back-and-forth sharing of ideas.

I am also getting more involved in the movement to ensure that the demographic of students coming through top UK universities reflects the wider population. With this goal, I’m excited to be involved in an upcoming project to encourage people from Bristol city to apply to the University of Bristol. Students are often expected to travel far from home for university, but the expense prohibits many from going. Living at home whilst studying would allow students to save on rent and is a much more financially viable option for people.

What is your favourite battery-related fact?

If people want to find out more about your research, where would you point them to?

My Nature Comments paper and the University of Bristol’s Electrical and Energy Management page.

About the author: Cara Burke is the Faraday Institution’s Science Communications Intern in the summer of 2022. She has just completed her BSc Biological Sciences degree at Imperial College London and is pursuing a career in science communications.